This past week has been a kind of High Holidays of etymological trivia.

The Greek letter pi (Π, π) comes down from the Semitic Pe (𐤐), believed to originate as a pictogram of a little mouth.🥧🥧 #PiDay #Etymology

March 15th marks the Ides of March, which has all bewaring, quoting Shakespeare, and wondering, “Why isn’t the ‘Ide‘ of March anyways?”

The #IdesOfMarch have passed. I hereby declare March 16 “All of the Other Amazing Quotes from #Shakespeare’s #JuliusCaesar” Day:

Then, we have St. Patrick’s Day, which I’m celebrating way out in Ballina, a charming river town in County Mayo, with some Irish language contributions to English (trousers!) and, ah, sure, some whiskey.

Meanwhile, I’ve been busy working on some other projects I think you’ll enjoy—and find quite useful.

First off, I’m an editor for an incredible project by Dictionary.com called About This Word.

Have you ever wondered what the internet initialism SMH means, what the DoodleBob meme is all about, what the slang baller refers to, how to use the Pile of Poo emoji 💩, where an expression like water under the bridge comes from, or what the history of the phrase the American Dream is? About This Word is your one-stop shop.

While not official entries in the dictionaries, think of About This Word as a kind of living lexicon of slang, memes, acronyms, emoji, and other common cultural references. 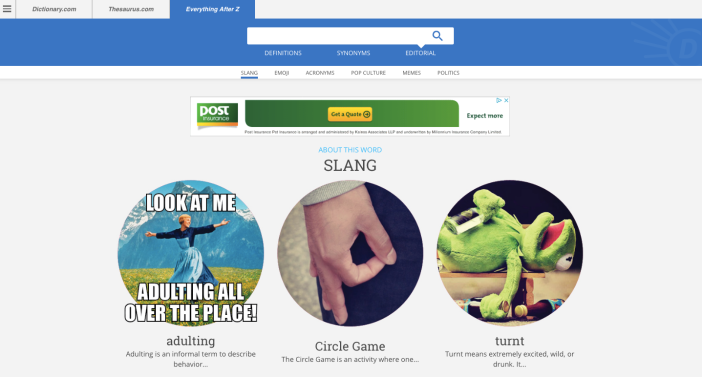 Speaking of emoji, I’m now writing for the encyclopedia for all things emoji, Emojipedia.

We’re calling my series Emojiology, which provides, well, a kind of etymology for noteworthy emoji. My first piece was on the Sleepy Face emoji, 😪. Many of us confuse this emoji for crying, but that tear is actually a snot bubble. It comes from iconography used in manga and anime to illustrate that a character is sleeping. 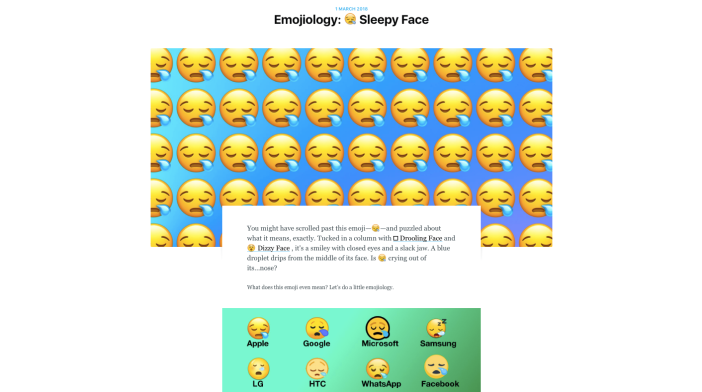 Do give them a look and spread the (literal) word. And be sure to keep up with my writing on Oxford Dictionaries.

My most recent What in the Word?! is on rehearse, which evolves from an old word for a rake to theater to funeral vehicles.

You might also enjoy some of my recent entries in my Weekly Word Watch series. Last week, I focused on Frances McDormand’s inspiring inclusion rider.  This week features a fun mix of #avocard, the Star Wars pew, and Hawking radiation.

One thought on “Catch up with Mashed Radish”